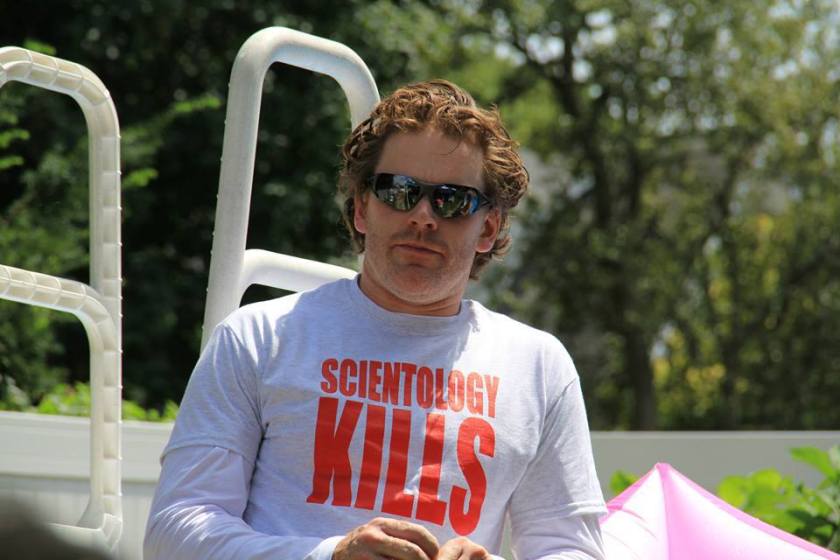 Posted on January 19, 2014 by dialogueireland

In regard to the abuses in Scientology and specifically about the interview given by Zabrina Collins (nee Shortt) to Pat Kenny on Newstalk .

He gave an exceptionally clear interview on the current fiasco whereby Scientology was outed for a fake promotional video:

http://dialogueireland.wordpress.com/2014/01/14/scientology-new-year-international-celebration-dublin-mentioned/
http://dialogueireland.wordpress.com/2014/01/18/scientologist-zabrina-shortt-on-newstalks-the-pat-kenny-show/ n regard to the abuses in Scientology and specifically about the interview given by Zabrina Collins (nee Shortt) to Pat Kenny on Newstalk .

He gave an exceptionally clear interview on the current fiasco whereby Scientology was outed for a fake promotional video:

Generally Scientology will only consent to interviews when it is clear that there will be no opposing party present, therefore this situation was fully exploited by them in a bid to limit the damage to their reputation brought about the recent exposure of their false claims of altruism.

An example of this role was her attempt to get an anti-Scientology conference cancelled in 2012:

I am an ex-member of the Dublin Mission of the “church” Scientology. I know Zabrina Collins (nee Shortt) personally, and she misled the presenter by misrepresenting the actual role she has and minimising many issues. She is very much a staff member of the Scientology Organisation and the wife of Mission Holder, Ger Collins. Her post is that of PR officer (handling the media) and Ethics Officer, which ensures that all followers are living according to the rules and within the parameters of Scientology. Zabrina herself orders the disconnection* of family members, should a scientologist be met with the disapproval of a non-Scientologist parent or family member. Scientology requires a financial transaction for every course, book and auditing (counselling) session. Everything costs money once one associates themselves with the organisation. To get to the “spiritually advanced” level Zabrina herself is at, it costs up to and sometimes above €300,000 , so for her to tell Pat Kenny that it cost her less than her university education, was an obvious untruth.
The scientologist DOES indeed believe in past lives and will counsel the person on who they were in a past life in order to have influence on their current life. Zabrina dodged that question to avoid ridicule as such information is not discussed outside the inner circle of the Scientology Organisation. Thousands of hours of this “spiritual counselling” called AUDITING in Scientology, to deal with these past lives, and at the upper levels cost up to €200 per hour. The auditing is sold in 12.5 hour packages and multiple packages are hard-sold to the Scientologist. So in a way this is worse than a tithe system, because the adherent has to remortgage their home, or apply for bank loans under false pretences to finance the auditing. One of the staff members in Scientology, Isolde O’Brien Carolan, walked me to an ATM to look at my account balance , as proof that I didn’t have the amount of money necessary to purchase a course which she was trying to hard sell to me. When I told her I did not have the money at that present time, she asked me to prove it. She walked me to a then ATM on Liffey street, from which I showed her my account balance.
As per the Scientology regulations, Zabrina will be under orders from Scientology’s leader, David Miscavige, to clear up their recent PR flap, and to do so by any means whatsoever, either by lying or hiding behind their various front groups such as “the truth about drugs” or “narconon” to give themselves credibility. When I was a Scientologist I myself took part in a fake promo exercise. It was again for an internal Scientology publication to show to other Scientologists internationally, in order to give the impression that scientology was flourishing in Ireland and thus encouraging the non-Irish donors to keep donating to it’s expansion. We were encouraged ourselves to donate to the expansion of scientology is south America for example, by way of such videos being shown to us at events. The fake PR exercise in which I took part, consisted of roughly 15 scientologists setting up a stress-test table and chairs next to theSpire on O’Connell St on a busy Saturday afternoon in 2007. We filled the table with copies of Dianetics and two E-meters and took a photo was taken of us all holding a copy of the book. The table and chairs were promptly dismantled before we were caught by the authorities, and we briskly walked back to the Scientology Mission HQ building on Middle Abbey Street.

The belief system of scientology is that of cleaning up past lives and your current, to ensure the perfect incarnation in the next life. As I previously mentioned the cost of the auditing (spiritual counselling) is extremely expensive and often bankrupts the adherent, bankrupts them financially, morally and mentally. Other beliefs include that we as a race were banished here to earth by the galactic overlord Xenu, and we are still haunted by this, the only cure being auditing, to bring us back to “native state”. This information is not devulged to the person coming in off the street, this is imparted after substantial sums of money are first parted with. In Scientology one CANNOT, and I stress this, cannot have or retain any other belief system, in the words of L Ron Hubbard “there was no Christ,” and he taught that the concept of Christ was an “implant” given to us by aliens before we were banished here. So you can easily see why the issue of beliefs was sidestepped by Zabrina. Hubbard was a science fiction writer, yet the followers of his religion buy this material as a religious belief system. It is insane and dangerous.

Scientology’s beliefs in past lives have had me have conversations with staff members who openly mocked and performed physical impersonations of handicapped people. Their attitude is that they are handicapped because they are being punished for something they did wrong in a past life. I have borne personal witness to this mockery at their Dublin mission. Scientologists have a term used for the non-Scientologist, that of being named a “wog” and they have complete contempt for us. They view themselves as the most ethical people on the planet an that anybody who challenges them or speaks out against them is branded, as per scientology doctrine, as an SP (suppressive person) According to L Ron Hubbard the suppressive person may be “sued, lied to, or destroyed by any means whatsoever). According to the same man, the homosexual may be “quietly disposed of without remorse or sorrow.”
This is an extremely cold and sociopathic “religion” and Zabrina in her capacity as Ethics Officer insists upon and instructs Scientologists, that if a family member is unhappy with them being a member, then the Scientologist must disconnect from their family. She has advised this to several people I know. Zabrina told me that her own daughter is less important to her than Scientology and it’s advancement. They use the belief of past and future lives to justify this. One scientologist in Dublin, incidentally a Fair City actor, told his non-scientology sister, that through Scientology he had discovered that they had been lovers in a previous incarnation.

As a member of Scientology , the follower must pay an IAS (International Association of Scientologists) membership fee every year at €500 or they can pay a lifetime membership @ €6,000. However, donations don’t stop at that. All the Auditing which can range from €300,000 to €500, 000 to get to the levels of Zabrina, Tom Cruise, John Travolta etc. this level is known as OT7, the maximum level (for now) is OT8. Once the OT levels are completed you are required to donate to the advancement of Scientology. Donations are ranked patron, patron with honours, patron meritorious etc, it goes on and on. For the “truth about drugs booklets” that you held in your hands, the Scientologist, not having paid enough already, has to “donate” for the manufacture of these, they are not provided by the American arm of the “church” at all.

Scientology have recently been prosecuted in France for fraud and for practicing medicine without a licence. Scientology is at constant war with psychiatry and has a anti-psychiatry campaign for which they regularly fundraise, called “An Industry of Death”.
Scientology will force any new adherent to come off their anti depressants, this has resulted in many suicides. A lady in Dublin was relieved of €30, 000 when they told her they will cure her of her hepatitis, through auditing. The lady was down €30,000 but still has hepatitis. A man in Dublin died of a heart condition because Scientology advised him to come off his medicine which he took for the said condition. Higher ranking scientology members, the ones who monastically dedicate their lives to it (the Sea Org) are forced to have abortions if they fall pregnant, as their working for scientology must not be interfered with by having a child to raise. I personally witnessed and had a part to play in a mental breakdown on their premises, of another Scientologist when we were practicing their amateur form of hypnotic psychotherapy they call objective auditing. I have numerous first hand accounts of their fraudulent behaviour and callous attitude towards anybody outside their circle, and often within it. I will close for now, but should you wish to contact me, my address is
therockslammer@gmail.com

The following post was contributed to an article by Fr. Thomas Berg, a former LC priest.

“Catholic autorities have never once mentioned “reform” referring to the LC/RC; it has always been about “renewal”
Therein lies the difference.
Cardinal De Paolis saw his role, based on the lukewarm instructions of BXVI as helping Legionaries renew their institution. He
has prepared that renewal his way, by working with the LC leadership, and now the chapter will carry on along this path of
nenewal.
They will have new constitutions and the Legion and the Vatican will celebrate this as a pivotal point.

Church authorities don’t understand the difference between the written word/theory and the Legion’s actions/praxis/Modus Operandi.
Fr. Berg and other former lc priests, have been talking for years about deep and radical reform; but the official church never has gone that far. According to my interpretation of Cardinal De Paolis words and actions a true “conversion’ of the Legionaries is not underway.

So unless Pope Francis intervenes, it will be business as usual; no changes that I would consider important.

ReGAIN, http://www.regainnetwork, is about to post its latest thoughts. And that is that, my good friends.

I foresee that a group of American Orthodox [religiously and
politically conservative families, deceived by the LC.RC] will continue
to support the Legion of Christ with power, money and men, “in
order to save the Church and souls from the attacks of Liberalism, Modernism,
Materialism, Hedonism and Heresy”…. “Orthodoxy”, in this case, covering a multitude of sins…